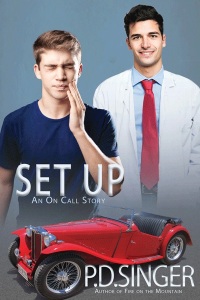 “Say hi to Doug at the car show.” Just because Keith is a good pal, has good intentions and has great taste in men doesn’t mean Terry wants his own personal matchmaker. With his luck and past experience, he and the man Keith set him up with would hate each other on sight. Besides, Terry can’t look for the elusive Doug: he’s too busy ogling a certain gorgeous 1949 MG TC.

The sleek roadster stands out even among a field of classic beauties, and so does the driver. Is it too much to ask that the guy forget about Terry making a fool of himself over the right hand drive and sexy red fenders? Not likely he’ll forget Terry accidentally flinging a bowl of coleslaw at his chest.

If terminal embarrassment isn’t bad enough, now Terry’s had a dental disaster, leaving him with two choices: stay in agony for days, or see the new man in the practice.

Terry’s at the office by one thirty sharp. And he’s parked next to a red MG.

We hope you’ll join us at these upcoming events: 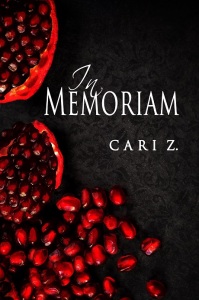 Lee Summers is past expecting to find love. He has a fulfilling career and a few human connections, and he’s determined to be happy with those. When he meets Felix Clymenos during a vacation in Colorado, he doesn’t expect to feel so passionately about him. Felix is intriguing, but when he starts to feature in Lee’s dreams—and his slowly strengthening nightmares—Lee wonders if it wouldn’t be a better idea to walk away. There’s a mystery behind Felix’s affections and somehow Lee feels like he’s known Felix his whole life. Before they can be happy together, Lee has to know why that is…and what that means for their future.

The Out in Colorado NOH8 photos are back! And here they are: 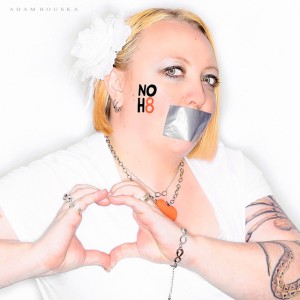 We look pretty awesome, don’t we? 😉

I also wanted to remind everybody that the Out in Colorado crew will be at Denver Pride, June 21-22. That’s the same weekend as RomCon, so if you’re in town for the convention, think about stopping by Civic Center Park. Authors in attendance will include (but are not necessarily limited to):

And check out this video compilation of some of the photos from last year’s Pride event, put together by George Seaton.

Bigfoot hunters prowl the forests of Cripple Creek, Colorado. That doesn’t sit well with Thom Woodmen—a Bigfoot—albeit the runt of his family. Being the smallest has advantages; Thom, in disguise, gets to attend high school, and he’s not expected to accomplish much in life. All that changes when he comes across a distressed human in the forest. Ben Steele is new to Cripple Creek High School, and after a harrowing experience in the woods near his new home, he quickly falls in with Thom Woodmen and his circle of friends. So what if they like to hang out with nature? Ben’s got nothing better to do. Trouble is, Ben can’t seem to stay out of it—trouble, that is. However, in saving young Ben’s life, Thom inadvertently kick-starts a bonding process that’ll change both their lives forever. With the support of family and friends, Thom learns to accept bonding with the human boy. But with the danger overrunning Cripple Creek lately, Thom may be cut down before he can confess his secret and his love.

When Shae was thirteen she ran away from a sexually and physically abusive alpha but getting to safety meant leaving her mate, Maiki, behind. Now that she’s twenty-three Shae has made an isolated life for herself with only the wolf inside of herself for company.Then Maiki calls her after a decade of silence, asking her to come back, and Shae cannot say no to her mate. Maiki is a seer and she’s had a frightening dream of the pack being demolished and the old farmhouse the alpha lives in going up in flames…

By Car Z. and Caitlin Ricci

Danny doesn’t expect much to come from the interview she has lined up through her modelling agency, who told her only that it involved tea and a kink convention. She thinks it won’t be much more than wearing some strange outfit, sitting around, and getting easy money that she desperately needs.What she gets instead is Lucy, a formidable woman in riding boots and a corset, who makes Danny want to please her without saying a word. By the end of the interview, Danny is convinced that her new job isn’t going to be anywhere near as easy as she first believed. Can Danny make the woman determined to keep her at the end of her riding crop let her into her heart as well as her bed?

by Marie Sexton and L.A. Witt

Graham and his roping partner Jackson have ruled the rodeo scene for ten years running, but lately, Graham’s heart isn’t in the game. He’s tired of the bruises, the cowboy mentality, and the animal rights activists who picket every event. And then there’s Jackson.

Graham and Jackson have been friends since they were boys. But ever since their drunken sexual encounter the year before, things have been awkward. Graham’s accepted that he might be gay, but no matter how attracted he is to other men, he always panics and runs when the clothes start to come off.

Then Graham has a run-in with one of the rodeo protesters, and everything changes. Kaz is young, idealistic, and sexy as hell. And Kaz has an idea for getting Graham past his nerves and into bed.

All they need is a bit of rope.

My Tweets
Out in Colorado Fiction
Blog at WordPress.com.